There are several different voice acting jobs in Hollywood, making it a lucrative field where you can start your career in the entertainment industry, thus giving many opportunities to do voice over auditions.

If you’re not familiar with what voice overs are, they they are what you hear when you watch a commercial or when you listen to a narration. Voice over artists can be used for radio and audio books. People with different kinds of accents and tones are needed for this type of work. There are different kinds of voice acting jobs you can do. You’ll be more prepared to audition for them if you have a little background information on what they are and what the job entails. Below are just some of the areas where you can apply your skills on doing voice overs:

Audio books are more common now. People listen to them on their iPods and cellphones. There are auditions to work on audio books. The chances of getting this type of work are slim. Most of the auditions are turned away because they are not right for the book.

Movie trailers are selected scenes that are used to advertise an entire movie. Trailers give a summary of the whole movie in a shortened but appealing manner.  The first trailer ever shown was for the musical The Pleasure Seekers in 1913.

This may come as a surprise, but even the operator’s voice that you hear over the phone is done by a professional voice actor. They hire voice actors to serve as the operator to guide you in using the service.

Video games have been a favorite pastime for years. Voice over jobs for video games rates very highly among voice actors. Because of the advances in technology and with the evolution of many visually graphic games, the story lines now are more complicated and they need to use actor’s voices to bring the characters to life.

Commercials are used by businesses to increase sales. These advertisements are designed to persuade the market to go for a certain product. Actors for commercials are hired to make the product more appealing to the public. Commercials can be aired on radio and television.

Promotional videos are announcements. They are short videos used to promote certain products. There are times when voice actors are not needed for the video itself. They just do the voice overs. 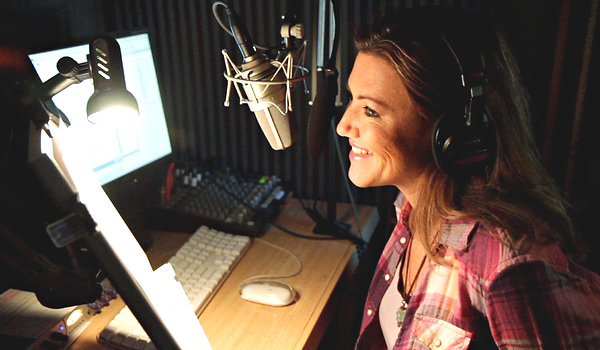 The voice you hear in training modules is not computer generated. That’s a real human being. Voice actors actually audition to get this job.

A podcast is digital media that can be downloaded and is typically a series. Usually, these are series from people who own websites. Fans can download or hear these audio files when logged on to the sites.

The term podcast have been derived from “iPod” and “broadcast”. Even audio books are considered to be under the podcast novel category.

Documentaries are like the non-fiction genre in literature when it comes to movies. They usually represent a historic event and are mainly used for educational purposes. They can be used as instructional materials or to keep as a historical record of something.

Animations will cover a wide range of voice work. There are lots of voice over jobs for cartoon series and animated features. This is where most of the voice actors focus their efforts.

Now that you have read a little about what each type of voice acting category is about, you will be more prepared to audition for these jobs. You should know what your voice is capable of and come to the studio ready.

If you have the script beforehand, make sure you study it. Try reading it with different emotions and different voices. When it’s your turn to audition, just do your best take and if they give additional directions, make sure you follow it.

Having one funny voice is not enough. Take some voice over classes, so you can learn how to act just with your voice. Remember, the audience will not be able to see you, so you can’t act with your whole body like in other auditions. On the plus side, you will be judged based on your voice quality and not your looks. So, this is one of the jobs in the entertainment industry where looks literally don’t matter because the audience will only listen to you.

However, this does not mean that voice acting jobs are easy to get. You still really need to work for them, so you can be successful in this field and perhaps use this as your starting point if you want to head down towards other acting projects in the future.