Once a person gets famous for doing something, everyone thinks they’re only good in that field. They often forget that maybe, just maybe, they could just be as great at other things too. Just like how every sports enthusiast only knows Terry Crews as that former football player or how every Brooklyn Nine-Nine fan only knows him as the great actor who plays Detective Jeffords, forgetting that Crews is actually an artist too. Same thing goes for everyone behind the camera, especially film directors.

When a filmmaker introduces a film that received mostly positive reviews, the audience often thinks that whatever the genre of that movie is, it’s the genre that the director is great at, that they probably won’t be able to make something as good if they try to divert to a different genre. But that is entirely wrong. Just like how an actor can play a thousand characters, a director can make a film from a thousand genres too without losing the touch of greatness they have cast upon their other successful films.

On this list, we present to you famous film directors who have made successful movies that come from very diverse genres.

Film Directors Who Made Successful Movies from Different Genres Quentin Tarantino started making a name in the filmmaking industry with his 1992 independent film Reservoir Dogs, a crime-thriller movie. Reservoir Dogs has become a cult hit, and Tarantino received praises for his directing. The film director’s masterpiece even went to top lists of the greatest independent films of all time, including that of Empire magazine.

After Reservoir Dogs, Tarantino took the risk of trying another genre, giving birth to another classic hit—Pulp Fiction. The John Travolta–starred movie became a hit, even receiving nominations from different award-giving bodies including the Academy. While everyone might have expected that Pulp Fiction would not be as good as Tarantino’s previous hit, the film director proved them wrong and came up with a neo-noir crime black comedy film that has carved a legacy in the filmmaking industry.

Tarantino has gone on to make movies that are quite different from his usual violence-portraying films. He has directed a horror movie (From Dusk Till Dawn), martial arts film (Kill Bill), and even a film about war (Inglorious Basterds). All these films were all critically acclaimed, proving that Tarantino is indeed one of the best film directors of his generation. 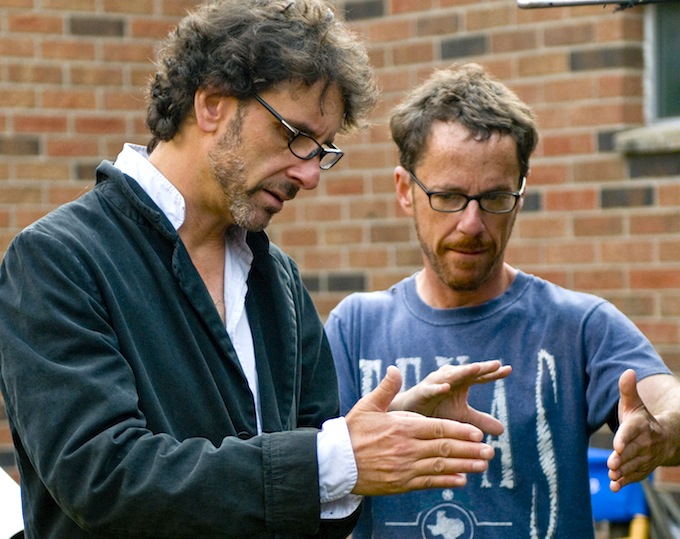 The Coen brothers have blessed the big screen with numerous movies that tackle very diverse themes. Nevertheless, everything that these film directors have offered still turned out well.

Right from directing the noir thriller film Blood Simple and the crime comedy movie Raising Arizona, the siblings went ahead to try different genres by mixing and matching elements from the movie genres they have always excelled in and using them to come up with something no one has ever seen before. The result were films that were unique on their own but still succeeded to capture the audiences.

Joel Coen and Ethan Coen’s filmography now includes hit movies tackling different issues and showing different sides of humanity. The siblings are the ones behind the Oscar-winning films Fargo, No Country for Old Men, and Bridge of Spies.

Fritz Lang started his career as a filmmaker at a young age, but despite breaking into the industry at only 29, Lang was able to make films that have influenced a lot of film directors of today.

Before he was hailed as one of the best film directors, Lang was the writer behind a lot of films, including Die Peitsche, Die Hochzeit im Excentricclub, and Hilde Warren und der Tod. His debut movie as a film director was the silent film Halbblut. This film, which is now considered lost, was followed by a series of silent films that came from diverse genres including crime thrillers, adventure films, and even movies that tackled mythology.

Probably Lang’s most famous work is the 1927 epic sci-fi drama film Metropolis, which once held the title for the most expensive movie ever made. Metropolis is believed to be the pioneering movie for the science-fiction genre, being the first-ever full-length feature under the said category. Although initially met with mixed reception, with some critics saying its story lacked judgment and wisdom, later acclaims defended the film’s glory. American film critic Roger Ebert described Metropolis as “one of the greatest achievements of the silent era.” The film also holds a 99 percent rating at Rotten Tomatoes based on 115 reviews. Known for tackling sensitive themes in his films, Louis Malle started as the documentary film kind of guy. Later on, he chose to expand his filmography by directing movies from different genres, such as the mystery-noir film Elevator to the Gallows; drama films Au Revoir Les Enfants, Murmurs of the Heart, and The Fire Within; sexual dramas The Lovers and Damages; romantic-crime Atlantic City; and the comedy drama My Dinner with Andre.

One of Malle’s most famous films was Lacombe, Lucien, a film that was based on his own experiences. It was described by film critics as Malle’s “most ambitious, most provocative film.” Lacombe, Lucien was the recipient of the 1975 BAFTA Best Film Award. It was also named the best film by the French Syndicate of Cinema Critics. It also received an Oscar nomination for the Best Foreign Language Film award, although it lost to the Italian comedy-drama film Amarcord.

Malle was the type of filmmaker who hungered for more subjects to discuss in his films. He had always been famous for being brave enough to explore delicate themes like incest, suicide, and the French collaboration with the Nazis—all for his desire to give his audience something new with every film he directed.

Stanley Kubrick is considered one of the most influential and the most important film directors in cinematic history—and it’s all for the good reasons.

With a career spanning as long as almost five decades, Kubrick has made relatively less films than he could have. But this brilliant filmmaker didn’t need a long filmography to prove that he was a master of his craft. Directing an average of only two to three films every decade, Kubrick saw to it that every movie he directed was worth the time of everyone who walked inside the cinema to watch his film.

The first-ever film Kubrick has made was Day of the Fight, a 16-minute-long documentary about the life of boxer Walter Cartier. Although Kubrick had a hard time looking for money to finance the film and even had to resort to renting a camera just to complete it, the short documentary proved to be too good to be a debut film.

Inspired by the success of Day of the Fight, Kubrick pursued a career in filmmaking and went on to make even greater movies. The list of movies under Kubrick’s name might not be as long as that of the other film directors on this list, but there’s no denying the fact that all of his creations are good enough to be included on lists of the greatest movies of all time.

Kubrick has directed war movies including the BAFTA Award for Best Film nominee Paths of Glory and the Academy Award for Best Adapted Screenplay nominee Full Metal Jacket. He also got his hands on the comedy genre by directing the film Dr. Strangelove, which was nominated for four Academy Awards and seven BAFTA Awards. Kubrick also braved the heavens and tried directing science-fiction film and blessed the big screen with movies that are now considered cult classics—A Clockwork Orange, which earned four Oscar nominations and seven BAFTA nominations, and the film 2001, which won an Academy Award for Best Visual Effects and was also selected for preservation in the National Film Registry. Kubrick also directed two drama films, Lolita and Eyes Wide Shut, both of which were met with positive reviews and garnered nominations from different award-giving bodies. And of course, who could forget the horror film that raised the standards for the films falling under the same genre—The Shining.

Even after his death, the works of Stanley Kubrick continue to be celebrated both by the old and new generation. Leading film directors of today, including Christopher Nolan, James Cameron, Martin Scorsese, Woody Allen, and Steven Spielberg, admitted to having been inspired by Kubrick’s style of filmmaking. Safe to say, Stanley Kubrick has left a legacy no one can ever erase.