If you watched The Devil Wears Prada at all, you know that fashion influences your daily life, even if you just found your sweater from a pile of “stuff” at the local department store. Remember, Oscar de la Renta was the first to showcase cerulean blue—and you never would have been able to wear that color if it weren’t for the fashion designer.

When it comes to movies about fashion, The Devil Wears Prada is as iconic as it can get, plus the clothes are so pretty they could make almost any fashionista cry.

That aside, here are some films that every fashionista should check out:

Okay, yes, the film takes place during the American Civil War and is four hours long, but it is a classic film with classical fashion, showcased by the lifestyle of the rich southern folk. It displays one gorgeous outfit one after the other—from ball gowns with enormous skirts and uncomfortable corsets, with ruffles and huge straw hats.

Holly is a confusing, unapologetic person, flirty and vulnerable, and naïve. The film also emphasized a very important staple in every female’s wardrobe up to this day: the little black dress.

She has always been a fashion icon, a status that she cemented as early as in this film, with the beauty and elegance that she strutted and the humorous and charming character that made us fall in love with an otherwise shady lady. Holly looked jazzy and elegant in her black dresses, and she’s perfected accessorizing before many of us knew what it was—from sunglasses to statement jewelry to hats to scarves—she’s done it all, and she’s done in glamorously.

Iconic outfit: black Givenchy dress with satin gloves and extravagant jewelry and, of course, her breakfast in hand 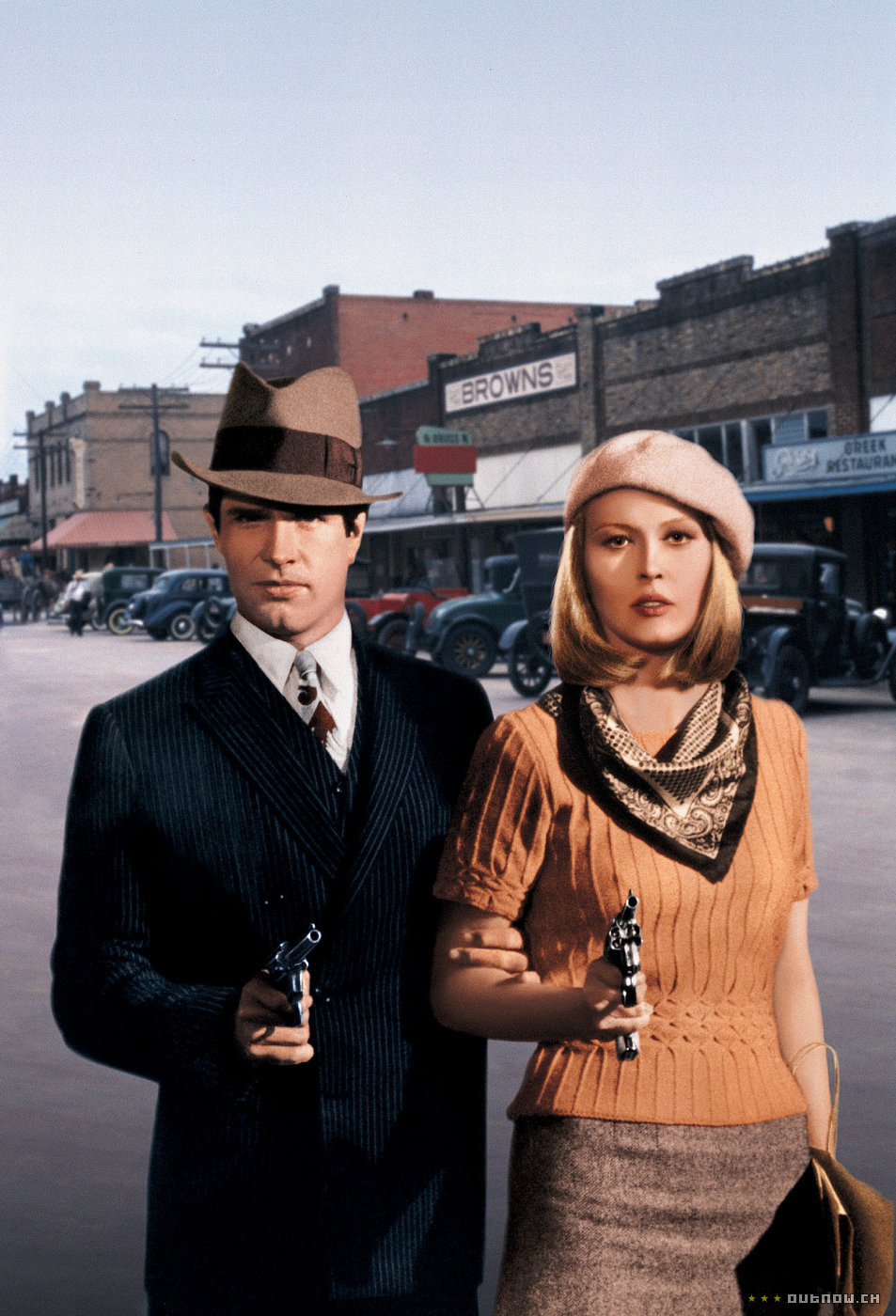 Bonnie Parker and Clyde Barrow are probably the most notorious criminal couples in the world, and yes, before the movies was the actual couple who embarked on a life of crime and adventure in the southwest United States in the 1920s.

Pencil skirts, knit sweaters, vests, and silk scarves are among the fashion styles that defined the couple, but it is their use of hats that definitely made an impression, making them sexy and mysterious all at once. Their wit and charm also helped captivate audiences, so they’re definitely doing the life of crime right.

Iconic outfits: the poster photo with their streamlined looks and amazing hats, with their revolvers pointed on you

Leo diCaprio’s version is all well and good, but the costumes in Jack Clayton’s 1974 take on the classic F. Scott Fitzgerald movie remain impressive to this day—even more so than the glamour seen in the 2013 version.

To know the effect that this film has made in fashion, here’s a bit of a trivia: it catapulted Ralph Lauren into a star in the fashion industry as he was the one who designed the costumes in the film. The dresses worn by Daisy are daring and fun, with feathers and hats and shimmery dresses. But men’s fashion did not take a backseat. In fact, they may even be more iconic. The daring use of pastel and light colors was ahead of its time, making this film an inspiration for fashion lovers.

This may be a high-school film meant for young adults, but Cher (Alicia Silverstone) is very fashionable, and where does interest in clothes begin but in these formative years? Daring and colorful, the 90s style is filled with fun chokers, faux fur, knee-high sock, and spaghetti straps and Cher and her friends are brave enough to try all of them.

Even better, her outfits created trends that we recognize up to this day. Cher’s outfits reflect her own personality and her place in her life, something that many recognize they do these days as well. All fashion aside, this film, which is loosely based on Jane Austen’s Emma is a feel-good chick flick that you know you’ll watch over and over again.

Iconic outfit: the yellow plaid schoolgirl look Cher sported at the beginning of the film