“I was put in men’s clothes ‘cause I fit in men’s clothes. The only thing that’s particularly unique is that . . . I’m biologically a woman”—this is how Casey Legler describes her life as a model. 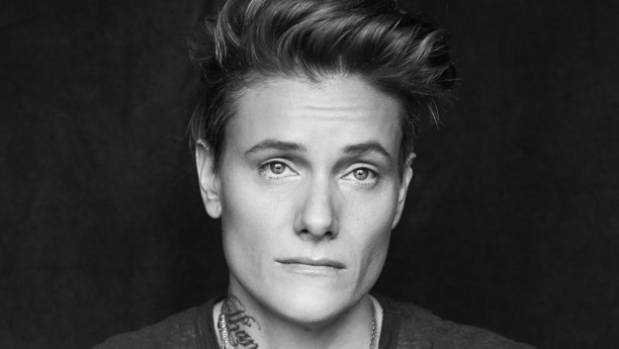 In an industry that follows strict physical standards, it’s just fitting to let the story of one of the unconventional pieces of beauty in the modeling world be heard. Meet Casey Legler, the first-ever woman to have been contracted as a male Fords model.

If you get to take a peek of the magazines this model graces, you’ll find the owner of such godlike figure hot and one you might even tag the man of your dreams. The only thing is, the hot male model you see on the pages is actually born a woman. Legler’s modeling career started off simple. The 39-year-old former swimmer was first introduced to the modeling agency after she was offered a deal by Ford Models. Unlike other aspirants, Legler didn’t personally apply at the modeling agency all dolled up and prepared with a lot of new poses. Casey Legler’s fate as industry’s next big thing started when a friend took photos of her with Victoria’s Secret model Candice Swanopoel and model Erika Lynder, the latter also known for being one of the few androgynous models who have had appeared in commercials, music videos, and magazines.

“A photographer friend of mine, Cass Bird, she said, ‘Well I have this shoot about a gang, but I don’t want to use any boys, but I do want to call it Out with the Boys.’ And so, she said, ‘So can you just come and be one of the boys?’ And so I showed up. I’m wearing my clothes in those photos.”

What she thought was just a simple shoot was turned into something so impressive, it opened doors for Casey Legler in the world of modeling. Then 35-year-old, Legler grabbed the rare opportunity and went on to do gigs that would’ve been difficult to land considering her years. In modeling, even if you’re just in your mid-20s, landing a job is already considered a  pot of gold, unless you’ve already built in a big name in the industry.

Having undergone a lot of swimming training in her teenage years so she could compete during the 1996 Olympics, Legler has a to-die-for body just perfect for modeling. In a separate interview with stuff.co.nz, Casey Legler said, “At no moment was it special that I was using my body in this way. I have always used my body in my work; it never occurred to me not to.”

Although the first woman to ever land a contract as a male model, Casey Legler is not the only model to have crossed what is considered the norm in modeling, some of them already enjoying an unexpected popularity and a boost in their career. A good example would be African American albino models Diandra Forrest and Shaun Ross. Also making a name in modeling are cross-eyed model Brunette Moffy; model Melanie Gaydos who suffers from hereditary condition known as ectodermal dysplasia; Winnie Harlow who was diagnosed with vitiligo; Jillian Mercado, the model who suffers from spastic muscular dystrophy; amputee Viktoria Modesta; and trans model Andreja Pejić. These models are unique and tagged unconventional for differing reasons, but they are all the same in their quest to break into the modeling industry and prove to everyone that beauty does not have a standard.